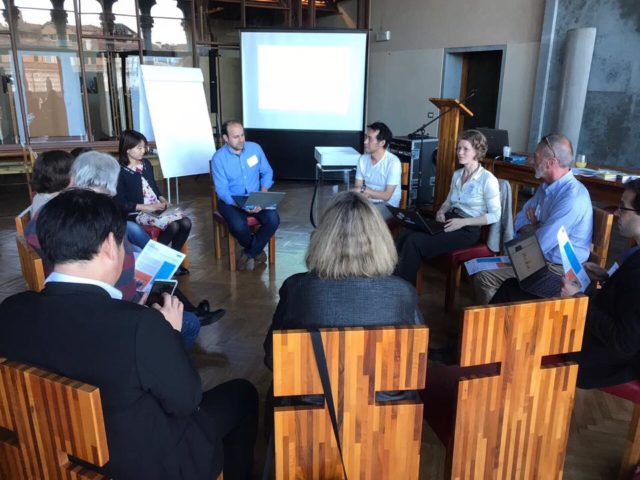 The aim of this group was to identify new approaches and services for measuring impact both at the technical and organizational level in order to give an overview of the current landscape for (open) metrics for repository managers. The group focused on exchanging information and experience on the topic of open metrics. 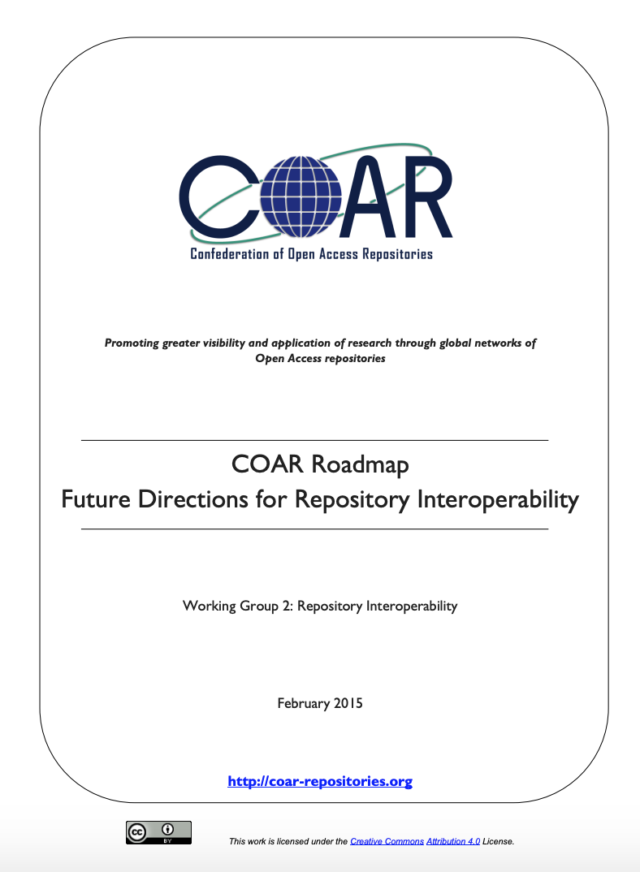 This group has been subsumed by several other groups that deal with specific issues of interoperability including Controlled Vocabularies, Metadata and NGR 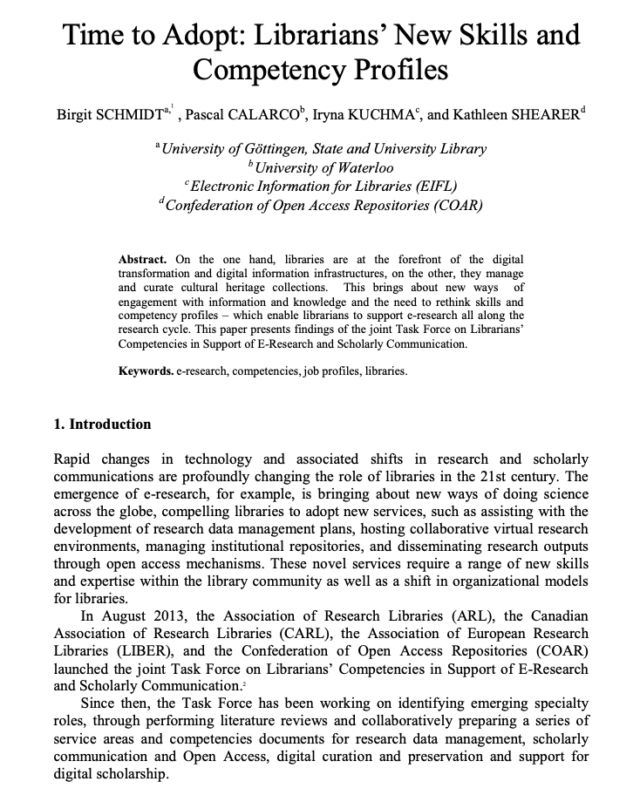 The aim of the Task Force was to produce a number of competency profiles that will help to build capacity in libraries for supporting new roles in the area of scholarly communication and e-research. The profiles will enable library managers to identify skill gaps in their institution, form the basis of job descriptions, enable professionals to carry out self-assessments, and act as a foundation for the development of training programs for librarians and library professionals. In addition, the toolkit will provide an outline of new organizational models that are evolving in this dynamic environment. 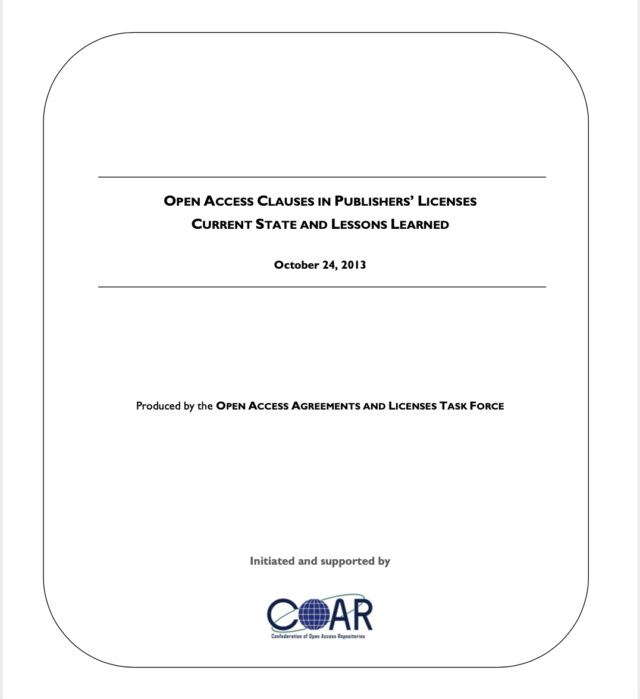 Research institutions and consortia are adopting methods to support open access repositories in the context of their licensing agreements with publishers. These agreements currently take the form of: